The Sheep Drive and Livery Fair are tremendous opportunities for celebration and enjoyment in support of The Woolmen’s Company Charitable Trust and The Lord Mayor’s Appeal and we look forward to another fantastic day on Sunday, 27th September 2020.

As you would expect at the current time, our plans are constantly under review to reflect changing circumstances and to ensure they are in line with Government guidelines.

However, at the moment, please do keep the date in your diary.

We will provide a status update at the end of April and thereafter in the light of any further guidance issued at that time.

In the meantime, we wish you the best of health during this very difficult time.

We are honoured that the 2020 Sheep Drive will be led by Dame Kiri Te Kanawa, one of the world’s greatest sopranos, accompanied by The Lord Mayor of London, William Russell.

The annual London Sheep Drive is a splendid day where Freemen of the City of London drive sheep across Southwark Bridge, re-enacting their historic right to bring their sheep to market in the City.

Join us also on Southwark Bridge for the Livery Fair, where many of the City of London’s ancient and modern livery companies will demonstrate their trade, craft or profession with colourful and interactive displays, along with a variety of stalls specialising in all things wool, arts & crafts and food & drink.

The Sheep Drive is a unique family day out invoking the memory of life on London’s bridges in years gone by, in aid of the Woolmen’s Company Charitable Trust and The Lord Mayor’s Appeal.

Thank you to everyone who joined the Sheep Drive and end enjoyed the Livery Fair 2019.

Led by the Lord Mayor and The Rt Hon Michael Portillo, over 600 people drove sheep and over 70 livery companies were represented on the Bridge.

The huge sum of money raised will be used for charitable purposes supported by the Woolmen’s charities and the Lord Mayor’s charities.

Gerald Sharp took many photographs on the day. To see these and order photographs please go to https://sharpphoto.co.uk/f662325182

Thank you. The Sheep Drive and Livery Fair Team

Members of the Lloyd’s Motor Club will be exhibiting some of their most-loved classic cars in an exclusive display on Sunday 29th September.

The exhibition, which will allow visitors to get up close to some of the most iconic motorcars of the last 100 years will take place at Leadenhall Market and link up with the charity Sheep Drive and Livery Fair at The Monument.

Those on display will include an MGTC, Porsche 997, Morgan Plus 4, Jensen 541, Ferrari F430 and Rolls Royce Silver Spur as well as a Morris Traveller, and a Fiat Spider.

The Cars will arrive at 8.30am and will be there until 4pm.

Chamberlain’s (said to serve the finest fish and chips in the City) will be open as well as Brokers, Cheese, Pizza Express and two iconic City pubs The Lamb and New Moon – at any of which visitors can enjoy a light lunch or refreshments.

The Rt Hon Michael Portillo will be our Celebrity Guest opening the Sheep Drive on 29th September 2019.

Michael is excited at the prospect of moving from driving engines to driving sheep. 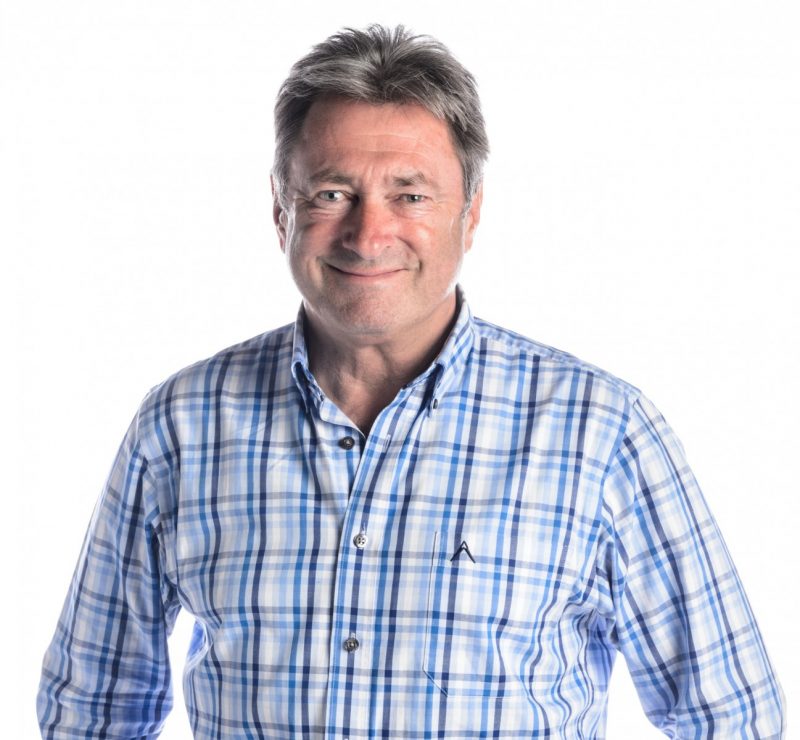 Alan exchanged his trusty trowel and spade for a shepherd’s crook and put his many skills to good use in driving sheep over London Bridge.  After working as a gardener in a nursery in his native Yorkshire, Alan Titchmarsh trained and subsequently taught at Kew Gardens before becoming a journalist – first as a gardening books editor and then on gardening magazines.  He began broadcasting on BBC Radio 4 in 1977 and has not been off the airwaves ever since.  Alan went freelance in the late 1970s, earning his living by writing for newspapers and magazines and by broadcasting. He became a regular on Radio 4 and subsequently on Radio 2.  His first television appearance was on BBC Nationwide in 1979 which led to a regularly weekly appearance on Nationwide until moving to BBC Breakfast Time in 1984 where his brief was expanded to cover the British countryside as well as gardening.

In 1986 he was asked to diversify even further by presenting Open Air from BBC Manchester, and the following year he began a ten-year stint at Pebble Mill in Birmingham where he hosted a magazine programme which eventually became a chat show.  Since then he has appeared on Songs of Praise, Gardeners’ World and the record-breaking Ground Force (12 million viewers) which established Alan as a household name, and he was instrumental in designing and making a garden in South Africa for Nelson Mandela.

Alan writes for such diverse publications as Amateur Gardening, BBC Gardeners’ World Magazine, Homes and Gardens, Country Life, The Daily Mail, Daily Express, Daily Telegraph and Sunday Telegraph.  Over the last forty years Alan has written more than fifty gardening books, several books on the countryside and other subjects as varied as The Queen’s houses and a Christmas anthology. He has also penned three volumes of memoirs. In 1998 he wrote his first novel – Mr MacGregor.  Another nine novels followed and all ten have made the Sunday Times Bestseller List.

British Isles, a Natural History and The Nature of Britain were landmark series made for BBC1 and since then Alan has appeared on ITV in his own chat show: The Alan Titchmarsh Show, Love Your Garden, and Masterpiece.  He presented The BBC Proms for four years and has compered the Windsor pageants for Her Majesty The Queen’s Diamond Jubilee and 90th birthday celebrations.  He also presents Secrets of the National Trust on Channel 5 and in 2018 his debut album of poetry, accompanied by Debbie Wiseman’s music, The Glorious Garden, went to number one in the Classical Music Charts.

He is Chancellor of the University of Winchester, a Freeman of the City of London, Deputy Lieutenant of Hampshire, the recipient of four honorary degrees, a Vice-President of the Royal Horticultural Society and a holder of the society’s highest award – the Victoria Medal of Honour.  He was appointed MBE in the millennium New Year Honours list, was High Sheriff of The Isle of Wight in 2008-9 and is president or patron of more than forty charities.  He considers himself a very lucky man and puts his ability to multi-task down to having a tolerant wife and enjoying a good night’s sleep. 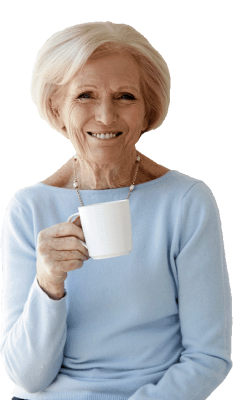 Mary Berry opened the 2017 Sheep Drive across London Bridge and Wool Fair at Monument on Sunday 24th September.  Accompanied by her grandchildren, Abbi and Hobie, she led the way with the Master Woolman, Chris Thierry, and showed she knew a thing or two about sheep.  As the drive started, one or two sheep decided they might try and go back to their pen, but Mary showed everyone how to use a shepherd’s crook to get them back on track and heading for Southwark.

The well-known cook, food writer and television presenter is a Freeman of the City of London and soon had the sheep under control. The Great British Bake Off judge exchanged her apron and food mixer for a woollen suit and a shepherd’s crook for the occasion.

She was joined during the day by 600 other Freemen who drove the sheep back and forth across the bridge in relays, exercising their ancient right, and raising over £26,000 for charity in the process.  Mary said: “The sheep were exceedingly well-behaved. I think they have done it before.  A lot of people are here who will never have seen sheep other than a roast lamb on a Sunday.” Mary certainly put paid to the old show biz adage about not working with children or animals!  Thank ewe, Mary!

Mary Berry’s career has encompassed a wide variety of experience including radio, television and writing books. Best known recently for the wonderful BBC series of The Great British Bake Off, which has run for seven years.

She has received many awards for cooking, baking and television programmes; and for her books. In 2014 she became a Freeman of the Worshipful Company of Bakers and then a Freeman of the City of London.

She was appointed CBE in 2012 Birthday Honours and the same year was awarded an honorary degree by Bath Spa University; and she has Lifetime Achievement Awards from the Guild of Food Writers, Aga Rayburn and Observer Food Monthly.

Nigel Mansell CBE started the 2016 Sheep Drive across London Bridge in style with his grandson Jai helping out.

They were followed by 600 Freemen of the City including the Sheriffs, the Chamberlain, the Master Woolmen and his Wardens and representatives from most of the Livery Companies of the City.

The many people who came in their City robes and fancy dress brightened up the bridge and the City, and fortunately it was another sunny day.

Former Formula One World Champion will exchange his F1 Car for a flock of sheep for his next drive.

Nigel Ernest James Mansell CBE was born in 1953. He won the Formula One World Championship in 1992 and the Championship Auto Racing Teams (CART) Indy World Series in 1993.  He was the reigning Formula One Champion when he moved over to CART, becoming the first person to win the CART title in his debut season, and making him the only person to hold the World Drivers Championship and the American open-wheel National Championship simultaneously.

His career in Formula One spanned 15 seasons, and his final two full seasons of top-level racing were spent in the CART series. Mansell is the second most successful British Formula One driver of all time in terms of race wins with 31 victories, and is seventh overall on the Formula One race winners list behind Michael Schumacher, Alain Prost, Lewis Hamilton, Sebastian Vettel, Ayrton Senna and Fernando Alonso. He held the record for the most number of poles set in a single season, which was broken in 2011 by Sebastian Vettel. He was rated in the top 10 Formula One drivers of all time by longtime Formula One commentator Murray Walker. In 2008, ESPN.com ranked him 24th on their “Top 25 Drivers of All Time” list. He was also ranked No. 9 of the 50 greatest F1 drivers of all time by the Times Online on a list that also included such drivers as Alain Prost, Ayrton Senna, Jackie Stewart and Jim Clark. Nigel raced in the Grand Prix Masters series in 2005, and won the championship title. He later signed a one-off race deal for the Scuderia Ecosse GT race team to drive their number 63 Ferrari F430 GT2 car at Silverstone on 6 May 2007. He has since competed in additional sports car races with his sons Leo and Greg, including the 2010 24 Hours of Le Mans.

Mansell was inducted to the International Motorsports Hall of Fame in 2005. He is the current President of one of the UK’s largest Youth Work Charities, UK Youth. He is also President of the IAM (Institute of Advanced Motorists). In September 2014, it was announced that Mansell would be opening a Mitsubishi franchise on Jersey later in the month.  In September 2015 the organisers of the Mexican Grand Prix (which was returning to Formula One after a 23-year absence) announced that the final corner of the redesigned Autodromo Hermanos Rodriguez circuit would be named after the 1992 Formula One World Champion and winner of the final race at the Mexico City circuit before it was dropped from the Formula One calendar for the 1993 season.

On 29th September 2019 the Woolmen will be organising a bigger and better wool and livery fair at Monument in conjunction with the Sheep Drive – this is about 300 metres from the north end of London Bridge.

The fair will include many craft and fashion accessories market stalls, urban street food stalls, and livery company stalls showing off their skills and crafts. 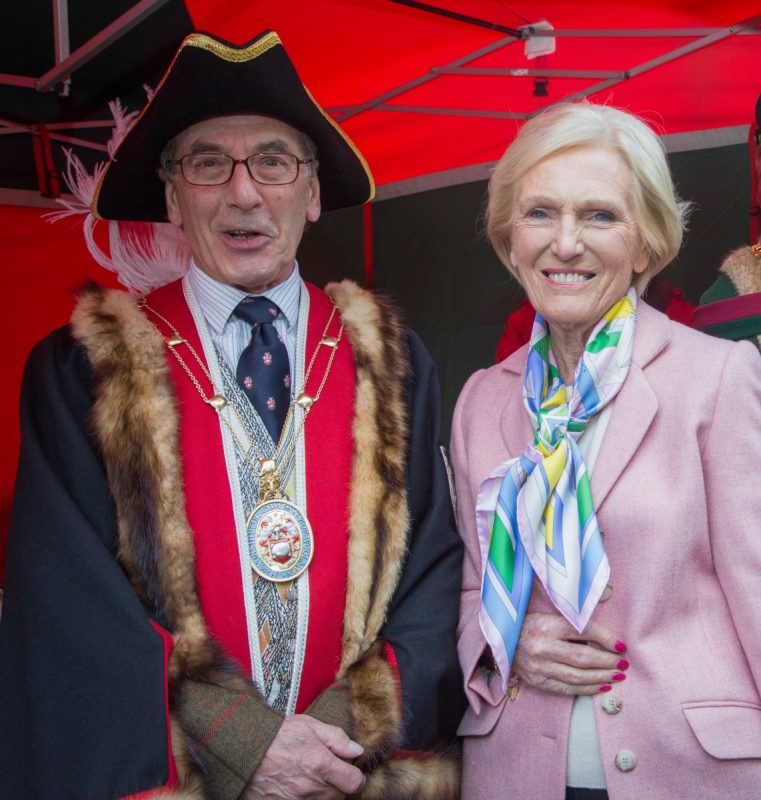